Invention of the Day: the Integrated Circuit

During the Nobel Prize week it's only appropriate to remember Nobel-worthy inventions that changed the world. Today it's almost impossible to imagine our lives without some kind of use of the Integrated Circuit (IC) because the technology has become a fundamental building block in modern computing, communications, data storage, power supply, sensor, and many other applications. (see the Wiki article linked above).

In 2000, Jack S. Kilby received 1/2 of the Nobel Prize in Physics for his 1958 invention of the IC. Here's a picture and diagram of his original invention: 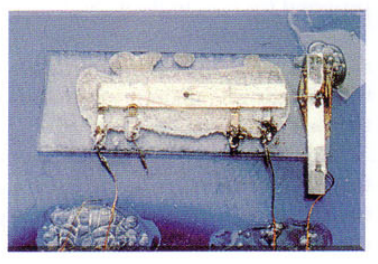 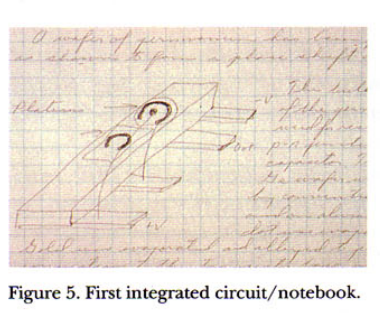 When I read Kilby's Nobel Prize lecture, several of his passages strike me as remarkable because they show how difficult it is for contemporaries to recognize a great innovation:

Note that one of the core objections was that the new system doesn't use the best individual elements (resistors and transistors). Similarly, many years later — in the early 1990s — people doubted that video was ever going to be streamed over the Web because the Internet Protocol was poorly suited for synchronous data transmission. As innovators, we often have to remind people that the system is greater than a simple sum of its parts.

Kilby's speech also gives us a new perspective on the Moore's law. Here's what Kilby says:

Just one year later, Gordon Moore published his now famous article where he formulated his "law", stating that the density of elements in ICs would double every 18 months: 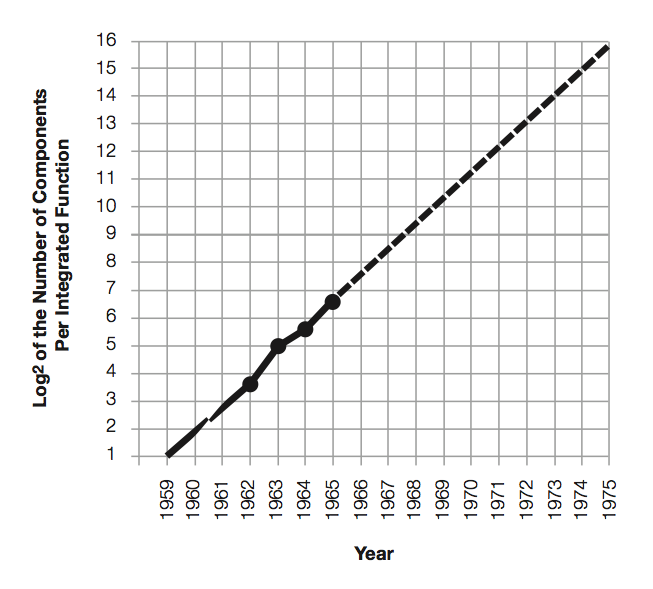 The chart from that article promised exponential performance riches to the "few adventurous companies" that were willing to bet on the new technology. Perhaps it is not a coincidence that tiny, unknown Silicon Valley startups, rather than large established companies, took full advantage of the opportunity and eventually created a new reality that we all live in today.

Posted by Unknown at 4:28 PM No comments: Links to this post