Invention of the Day: Industrial-scale warfare.

What made the American Civil War so unprecedented was that it was the first great war of the industrial era. This allowed not only greatly increased production of the materiel of war but a revolution in command and control as well. Railroads and steamboats made possible the rapid movement of large number of troops, and the telegraph enabled the entire war to be directed from Washington to Richmond in real time. When President Lincoln, on April 15, 1861, called for 75,000 volunteers after Confederate forces attacked Fort Sumter in Charleston harbor, the call reached the most distant parts of the Union states almost immediately.


A Thread Across the Ocean, by John Steele Gordon. p.163. (c)2002.
Communications are even more important today, when weapons are required to be a lot smarter than the cannons of the Civil War. Remote control drones in Afghanistan and Pakistan, operated by soldiers on the ground thousands miles away from the field of action, guided by NSA intelligence collected through eavesdropping on internet and phone messages throughout the world, can deliver precision ground strikes only if they have the right information at the right time. Otherwise, they turn into expensive dumb pieces of hardware, indistinguishable in their impact from their 150-year old Civil War cousins.

p.s. this post, besides being a note on technology evolution, is also an exercise in writing cumulative sentences.
Posted by Unknown at 6:06 PM No comments: Links to this post

An article in NYT about how market for electronic chips evolved toward ARM, a company that today rules the world of low-power processors for mobile and other devices:


“Apple and the Newton made the company exist,” said Mike Muller, one of the founders of ARM and its chief technology officer. “The Newton never went anywhere, but it got ARM started and gave us some credibility.”

Mr. East and other ARM executives point to the difference in the companies’ business models. Intel designs and manufactures its own PC and computer server products, commanding about $50 to $1,000 for each chip. ARM chips, by contrast, are made by a handful of contract chip manufacturers and cost 65 cents to $20 each. ARM earns pennies or fractions of a penny off each chip through its licensing deals.

The challenge for Zynga is unique compared to other large sites that are “read-only” or “input-only,” such as photo-sharing sites like Flickr or e-commerce sites like Amazon.com, Lee said. Zynga instead faces an environment that is constantly updating, with each new crop planted or fertilized and each message left on a friend’s farm.
In many ways today's gaming environments create a ubiquitous communications fabric reminiscent of the planet Pandora from James Cameron's movie Avatar; environments where virtual plants and animals communicate to real people, generating enormous streams of information, connecting experiences bordering on magic, giving players a feeling of being a part of a growing social organism.
It would be an interesting experiment to use these messages to drive Leo Villareal's LED art mentioned in my previous post. Some incredible light patterns may emerge from the gossip of virtual crops.


"Solid state lighting is exciting for several reasons including longevity and energy efficiency," Villareal said. "The ability to create over 16 million colors is truly incredible and offers a tremendous range of subtle and sophisticated possibilities."
Skip to the 1:20 mark in the video (below) to see an installation that impressed me the most.

Invention of the Day: basketball

In the winter of 1891 after moving to Springfield, Dr Naismith was faced with a challenging class of "incorrigibles". This antagonistic group had to be kept fit indoors through a harsh New England winter.

After failing to occupy the men with popular indoor sports of the day, he turned to "duck on the rock" for inspiration.

Instead of a rock, the players would throw a soccer ball at two peach baskets nailed high up at each end of the gymnasium. The janitor later punched holes in the bottom of the baskets after he became tired of climbing up to retrieve balls.

After being hacked last year by Chinese either students or government agents or both, Google decided to add a new security token to the good old password system:


Google is making it harder for Gmail and other Google Apps accounts to get compromised by adding an optional feature that will send a security code to your smartphone for logging in.

The two-step verification feature will put an additional roadblock in the way of online criminals by generating a onetime six-digit code that will be sent to the account holder in order to be able to successfully log in. The code will be sent after the password is provided.
This looks like a good protection for a system where users don't bother creating strong passwords. Criminals capable of hacking into a password database can probably defeat it by changing the address of a smartphone associated with the account which requires additional authentication. Also, imagine a nightmare of replacing your old phone and being stuck with the task to update all "clouds" with your new phone info. Nevertheless, it's a step in the right direction because even the smartest system can be compromised by dumb users.

I wish a similar system were introduced for accessing our personal information by third parties, enabling us authorize the access or at least track it.

Buy more jeans, at least they are bio-degradable.


Mr. Chiara, who says he wears jeans every day in both work and social situations, believes that "the less people wash their jeans, the better their jeans become. Denim really does shape to people's bodies, and when you wash a jean you lose some of that shape."
Of course, if you don't wash your jeans they tend to get dirty and smelly, making you look bum rather than hip. What's the solution? Easy: BUY MORE JEANS and don't clean them much. Just like Mr. Chiara.


This is not to say that Mr. Chiara doesn't ever clean the 15 pairs of jeans that he owns. He gently spot-cleans spills with a damp sponge and "whatever is under the kitchen sink—usually Windex or 409."
15 pairs of jeans per person - what a concept from a Levi Strauss marketing guy! Who would've thunk?!

Labels: 10x, business, information, market, problem, psychology, solution, trade-off
This Fall quarter, I'll be teaching "Model-based Invention and Innovation" at Stanford University Continuing Studies program. The class starts on Thursday and we still have several spots open. Please forward the link to the course to your friends and colleagues who might be interested in the opportunity.


Promising ideas deserve the best innovation development tools. This course will provide a practical guide to advanced systematic innovation techniques. We will consider invention and innovation models in technology and business methods within a variety of industries such as information technology, manufacturing, finance, entertainment, and others.

Posted by Unknown at 11:44 AM No comments: Links to this post

Invention of the Day: artificial ovary

To create the ovary, the researchers formed honeycombs of theca cells, one of two key types in the ovary, donated by reproductive-age (25-46) patients at the hospital. After the theca cells grew into the honeycomb shape, spherical clumps of donated granulosa cells were inserted into the holes of the honeycomb together with human egg cells, known as oocytes. In a couple days the theca cells enveloped the granulosa and eggs, mimicking a real ovary.

tags: invention, innovation, health, tool, infrastructure
Posted by Unknown at 7:43 AM No comments: Links to this post

Paper books will last another 39 years.

An unbiased opinion on the future of digital books from a 3-year old:


For Mr. de Halleux...and his wife both read to their 3-year-old son, Tristan. He reads Winnie the Pooh to the child on a screen. She reads it in old-fashioned paperback form.

Mr. de Halleux said he was confident the boy would eventually favor the digitized version. “He really likes it because you can zoom in on things,” he said.
Zooming in on things is a must have feature for an e-book. Children know it better than adults.

Invention of the Day: Futures markets

The idea of forward trading -- buying now goods that are to be delivered later -- is said to have originated around 1620 when a Nagoya rice merchant named Chozaemon met a friend from Sendai, in the north of Japan, who was passing through Nagoya on a pilgrimage. The friend reported that the rice harvest in the north was going to be bad. Chozaemon promptly bought the future Nagoya-area rice harvest, paying the farmers 10 percent upfront and owing them the rest. After the harvest came in, he stored the rice for several months, selling it for a tidy profit once the north's poor harvest had driven prices up.


Reinventing the Bazaar: A Natural History of Markets, by John McMillan. 2002. p. 23.
Future markets work as long as people keep their promises, their commitment supported either by law or culture. No wonder, forward contracts were invented in Japan, a country where culture is built on mutual respect and commitment to one's word. Being and island nation, Japanese farmers and merchants had no place to run from public shame and economic ruin, caused by one's low business ethics. Most likely, in a not so distant future, Facebook, LinkedIn, Farmville, or some other transparent social environment, will provide a similar honor mechanism for markets of novel digital goods.

Invention of the Day: Patent for an Invention

...in 1447 Venice passed the first general statute providing for patents covering inventions. It allowed that inventors or introducers of devices new to the Venetian territory would be protected against imitators for ten years; at the same time it formally compelled all inventors to reveal their inventions to the state, which was exempt from the patent restriction and could freely appropriate them.


Piracy: The Intellectual Property Wars from Guttenberg to Gates, by Adrian Johns, 2009. p. 200.
This is how the perpetum mobile of human society works: invention has value because we agreed, some six centuries ago, to think it has value.

Here's some new data to support my thinking on hidden growth in office productivity inflicted upon the society by new communications tech:

...27 percent of Americans and 20 percent of British workers check their e-mail when they're off-duty because they feel that "they are expected to provide quick responses, even outside regular business hours." 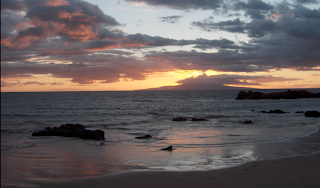 from Maui via iPhone
Posted by Unknown at 8:03 PM No comments: Links to this post

A funny paragraph from a CNet review of Windows mobile 7:


Above all, Windows 7 is--dare I say--elegant. Even my foreign-language spam looks beautiful on the device. It almost makes me wish I understood all those messages in Japanese, Korean, and Arabic.
Huh? Who cares about Windows 7 Mobile on a day when Steve Jobs introduces a whole slew of elegant mobile media devices? As far as mobile applications are concerned, Microsoft appears to be destined to fight with Google and Nokia over a distant #2 spot behind Apple. But that, in turn, means that HP's $1.2B acquisition of Palm last April looks like a total blunder. What kind developer in his right mind would spend any brain cycles on writing software for a marginal #5 OS?