For decades, computing speed has increased as silicon transistors have shrunk, but they’re currently near their size limits. So scientists have been experimenting with carbon nanotubes, rolled-up sheets of carbon atoms just 1 nanometer, or a billionth of a meter, in diameter. 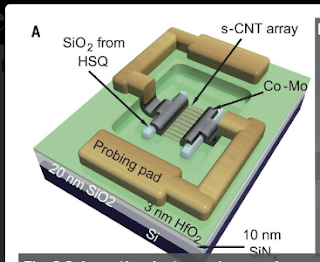 But difficulties working with the material have meant that, for optimal performance, nanotube transistors have to be even larger than current silicon transistors, which are about 100 nanometers across. To cut that number down, a team of scientists used a new technique to build the contacts that draw current into and out of the carbon nanotube transistor. They constructed the contacts out of molybdenum, which can bond directly to the ends of the nanotubes, making them smaller. They also added cobalt so the bonding could take place at a lower temperature, allowing them to shrink the gap between the contacts.

Electrical tests showed their new transistors to be faster and more efficient than ones made of silicon. Silicon Valley may soon have to make way for Carbon Valley.


1. In your opinion, does the new technique create potential for incremental innovation, radical innovation, or both? Explain briefly.
2. Using Backcasting, describe key features of a radically new device that can be built 10-15 years from now, using sub-nanometer transistors.

Posted by Unknown at 2:25 PM No comments: Links to this post


The Lancet, one of the world's best known medical journals, recently reported that the obesity epidemic has reached a global scale.


If post-2000 trends continue, the probability of meeting the global obesity target is virtually zero. Rather, if these trends continue, by 2025, global obesity prevalence will reach 18% in men and surpass 21% in women; severe obesity will surpass 6% in men and 9% in women. ...High body-mass index (BMI) is an important risk factor for cardiovascular and kidney diseases, diabetes, some cancers, and musculoskeletal disorders. 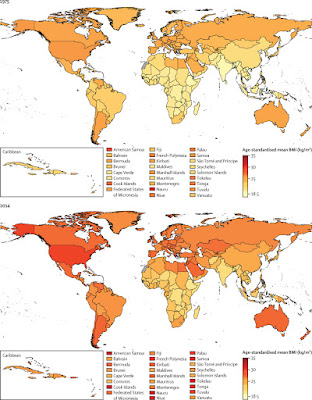 To a significant degree, the problem is caused by the so-called "Western Diet" that is rich in added sugar and processed carbohydrates. Research shows that the diet negatively affects the microbiota of a healthy person and often leads to chronic diseases. 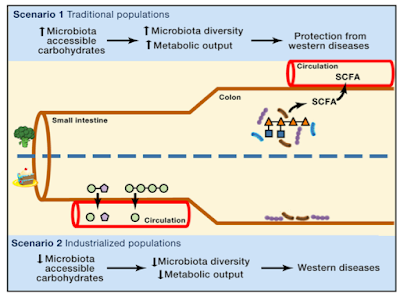 Select at least one of the questions above and describe briefly top 3 features of your Ideal system.
Posted by Unknown at 1:52 PM No comments: Links to this post

The Services Revolution: Why Social Networks Turned Into an Instituion

Last month I gave a talk (pdf) on innovation timing at OpenWay Club. The presentation covered, among other topics, the unfolding technology revolution in services. The talk drew on several key sources, including the work of Oliver E. Williamson, a Nobel Prize winner in economics from UC Berkeley, Cesar Hidalgo's book "Why Information Grows", and our book with Max Shtein "Scalable Innovation."

My goal was to show that new technologies have fundamentally changed the nature of services because they commoditized "specificity" and "recurrence." (see figures below). That is, in a networked digital world knowing your customers and interacting with them on a regular basis is dramatically less expensive than in a "stand alone brick-and-mortar" world. To illustrate the main points, here's a screen shot of a relevant page from Hidalgo's book (with my annotations) and several slides from the talk. 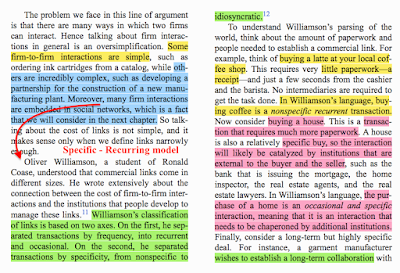 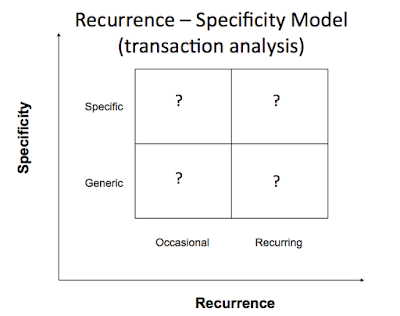 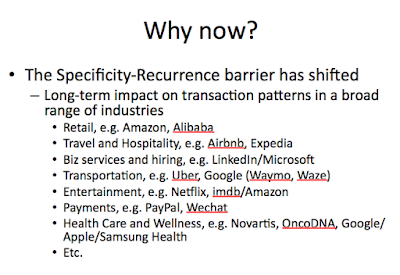 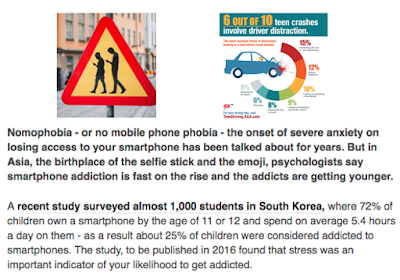 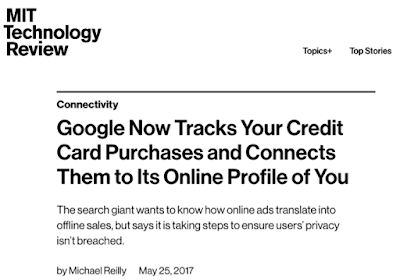 (The recent purchase of Whole Foods by Amazon is another example of the shift to Groceries-As-Service model, where Amazon leverages its customer insights into recurring retail sales.)

Even more importantly, the new service models have become a major global institution because they addressed the fundamental issue that plagued service businesses since ancient times. Douglas C North (Nobel Prize in Economics, 1993), described the problem in game theory terms:

That is, in traditional transactions players on both sides have incentives to cheat because they don't know each other personally or through a personal network. Therefore, in 1999 North suggested that to make the global marketplace efficient and scalable a new model had to be invented:


...we are going to have to devise institutions de novo that attempt to confront and deal with worlds of impersonal exchange.

Remarkably, new service models, such as Airbnb, Uber, Amazon, Alibaba, Instaply and others provide a glimpse of the institutions to come. Since identities of sellers, buyers and recommenders are known, parties are less likely to cheat; therefore, the number and quality of transactions shows rapid growth.  Although the solution is not perfect, it is a lot more efficient than all attempts to introduce global regulations. It's exciting to see how social networking technologies are redefining the rules of commerce and provide a working alternative to law.

Posted by Unknown at 12:50 PM No comments: Links to this post