The public's interest in Bitcoin rose sharply in 2013-14.

For example, on January 21, 2014, in a NYT article titled "Why Bitcoin Matters", Marc Andressen wrote:


Bitcoin gives us, for the first time, a way for one Internet user to transfer a unique piece of digital property to another Internet user, such that the transfer is guaranteed to be safe and secure, everyone knows that the transfer has taken place, and nobody can challenge the legitimacy of the transfer. The consequences of this breakthrough are hard to overstate.

Despite its great promise, this major breakthrough has not materialized yet. Nevertheless, the Google Trends chart above shows a noticeable uptick in Bitcoin-related interest in 2017. For example. a recent post on CloudTech by James Bourne titled "Blockchain beyond Bitcoin: Assessing the enterprise use cases" states that the technology "has serious potential to disrupt a multitude of industries." Also, Cade Metz in a January 6, 2017, Wired article titled "Bitcoin Will Never Be a Currency—It’s Something Way Weirder" reports on the general sentiment about Bitcoin, "Bitcoin is not something the average person will ever use to buy and sell stuff... It’s not something that will improve what the world has, such as money or stock. It’s something that will give the world stuff it has never had."

Quiz:
1. In your opinion, does Bitcoin follow the process generally described as Hype Cycle? Explain briefly.
1a. If yes, what is the current stage of the technology relative to the cycle?
1b. If no, how do you explain the 2014 peak and the significant investments VC funds put into Bitcoin-related startups?

2. Is the 2017 Bitcoin (and related technology) comeback for real? Where would you place the technology on the S-curve and Adopter Distribution chart as of today? Explain briefly.

Posted by Unknown at 5:15 PM 2 comments: Links to this post 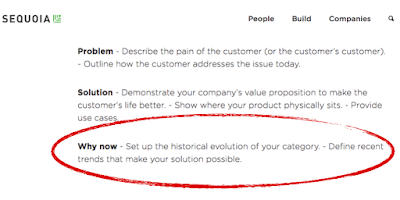 Quiz:
1. List at least 10 major innovations that are either happening now or about to happen within the next 3-5 years.
2. Assume that you are going to participate in one or two of those innovations.
3. Pick your role, e.g. startup founder, employee, corporate CEO/CTO, investor, scientist, student, journalist, president, non-profit, etc.
4. Given your role, select two innovation opportunities that you want to start working on now.
5. Explain "Why now?"

Posted by Unknown at 5:26 PM No comments: Links to this post

The Structure of Technology Revolutions

Since last summer, I've been working on a book project tentatively (and modestly!) titled "The Structure of Technology Revolutions." The purpose of the book is to show how technology enables completely new possibilities, by breaking trade-offs that are considered unbreakable.

Here's a series of draft figures with an example of how the logic of innovation had worked in the technology revolution initiated by the automobile with the internal combustion engine (see below).

Note, that the same logic can be applied to the modern autonomous vehicle. The technology is going to be successful because it creates incredible maneuverability at the "traffic" level of abstraction.

Now, back to the horses example:

Fig. 1 introduces the trade-off between Power and Maneuverability. An eight-horse carriage has a lot of power, but it's difficult to maneuver. Adding more horses will create a huge maneuverability problem. On the other hand, a horse rider is highly maneuverable but he lacks the carrying capacity of the horse carriage. 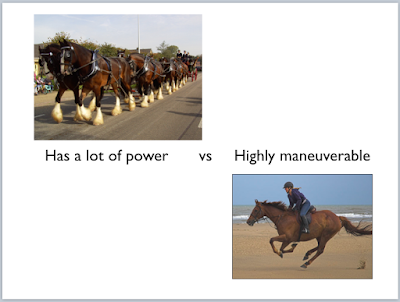 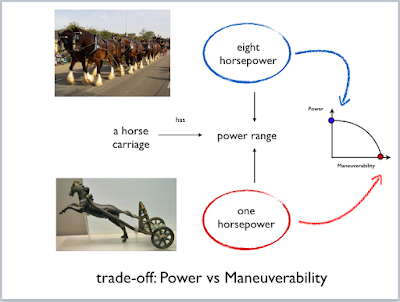 Fig. 3 sheds horse pictures and shows a logical generalization: a horse carriage is a kind of power-driven vehicle. 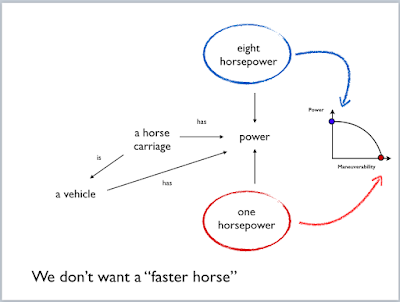 Fig. 4 indicates the desired situation (the green dot on the right): We want a vehicle that has the best of both worlds, it's highly powerful and highly maneuverable. 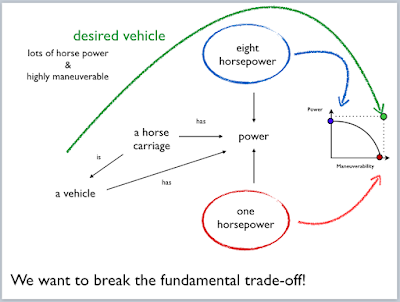 Fig. 5 shows that the Automobile breaks the trade-off and creates a vehicle with the potential to hit the green dot. That is, we create a technology that disentangles human ability to control horses from the power. Thus, we achieve a new state that was considered impossible before. 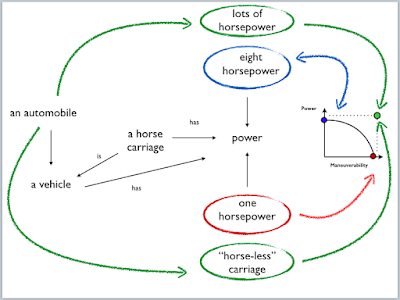 Fig. 6 is a generalized diagram of how technological innovations make the impossible possible. 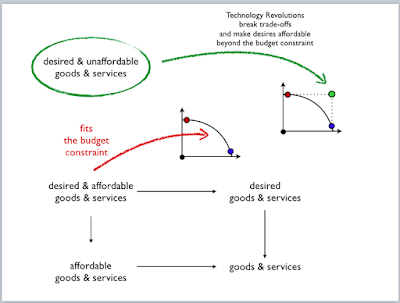