Security seems to be the biggest barrier to business use of social networking:


The Sophos report (PDF) said that more than 50 percent of the companies surveyed were spammed through a social-networking site last year and that 36 percent were hit by malware from such a site.
The danger to businesses from social-networking malware is especially high. Most of the companies surveyed expressed concern that the actions of their employees on a site like Facebook could put sensitive corporate data at risk. 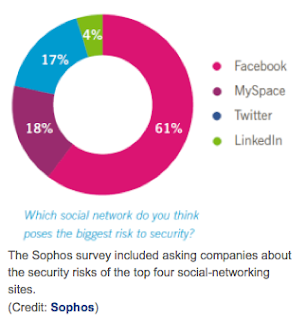