The Internet of Things: malware threat to US energy infrastructure

Destructive "foreign" software is becoming a weapon of choice for covert international operations. For example, according to today's ABC report:

National Security sources told ABC News there is evidence that the malware was inserted by hackers believed to be sponsored by the Russian government, and is a very serious threat.

The hacked software is used to control complex industrial operations like oil and gas pipelines, power transmission grids, water distribution and filtration systems, wind turbines and even some nuclear plants. Shutting down or damaging any of these vital public utilities could severely impact hundreds of thousands of Americans.


In our book, Scalable Innovation, Chapter 3, we discuss in detail one of the system security inventions I made back in 2000, while at Philips Research. The invention, US Patent 7,092,861, aims to detect novel viruses that can target networked equipment in the home, office, or industrial cite (the patent is now owned by Facebook). 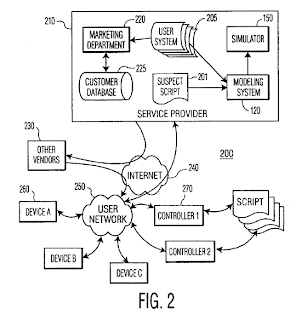 More than a decade ago, it was clear to us in the labs that the emerging Internet of Things creates new types of threats. Unless such threats are addressed through a broad, consistent industry and government efforts, our critical infrastructure will be highly vulnerable to vicious attacks that could dwarf in their destructive power the events of 9/11. Ideally, all existing industrial software has to be upgraded - a difficult, but essential task for the next two decades.