Invention of the Day: Power Plug

Q: How many lawyers does it take to change a light bulb?
A: How many can you afford?


The screw-in electric socket invented by Edison in the late 19th century has become the gold standard for ease of use. You don't need to take a Design Thinking class to appreciate the technical beauty of the solution. 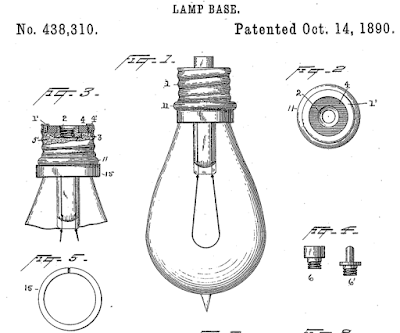 In Scalable Innovation (Chapter 4) we use the Edison's invention as an example of interface "stickiness". That is, light bulb technologies keep changing, but the socket is likely to stay with us for another hundred years.

Nevertheless, there's even a better 100-year-old electric interface invention that is still in use today. We can appreciate its value by just looking at the picture of an early 20th century GE toaster (below): 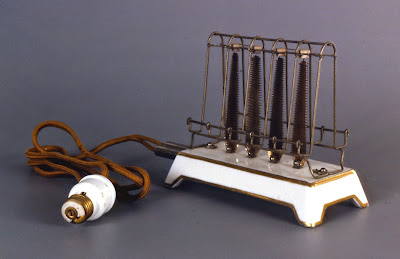 Notice that to connect the toaster to a power outlet you have to use Edison's screw-in plug. It works great for light bulbs that need to be changed once a year, but for everyday electric appliances screwing-in and screwing-out the plug multiple times a day could be a problem.

Enter Harvy Hubbell, a prolific American inventor and entrepreneur. In 1903, he invents the modern power plug. You can see below a picture from his patent that shows two major parts of his solution: an Edison-compatible screw-in body (1) and a two-prong plug (2) that goes into it (US Patent 774,250). With this invention, attaching electric appliances becomes even easier than changing a light bulb. 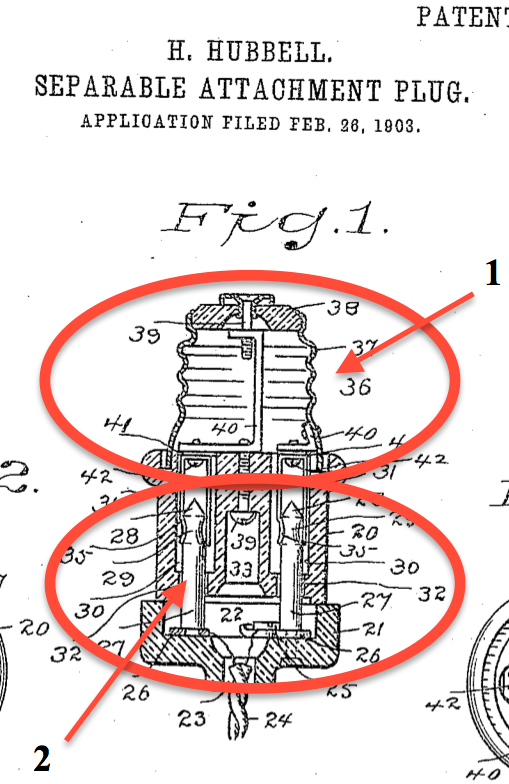 Originally, Hubbell wanted to use round prongs, but after several months of experimenting with the idea, he decided on the now familiar flat prongs (US Patent 774,251). 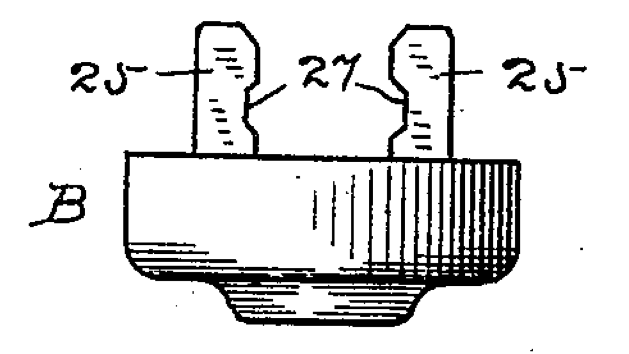 The Hubbell's interface solution turned out to be so good that eventually people got rid of the vast majority of Edison's screw-in sockets in favor of plug-in power outlets.