The New York Times shows how mobile app designers devise new ways to get teenagers' attention during the day,


Push notifications — those incessant reminders that make your phone light up and ding — are the infantry of app warfare, cracking the attention span to remind users that someone on the Internet might be talking about them. All summer Wishbone had been sending out alerts four times a day, but the three men were thinking about adding more and, now that students were back in class, trying to recalibrate around the school day. 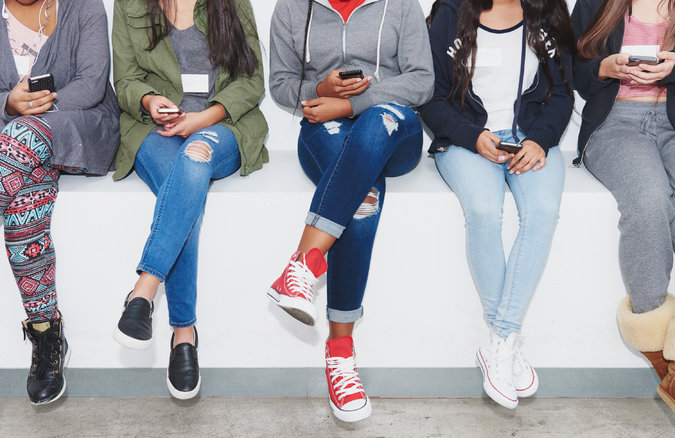 “Can we have a friends feed at noon?” Mr. Jones asked Mr. Vatere. “It would be great to do ‘Your friends have updated.’ ”

“And you talk about it while you’re at school,” Mr. Pham added.


What are the implications: not for the business and advertisers, which the NYT article discusses, but for the kids, their families and the society at large?

We already know that frequent interruptions worsen kids' learning performance. We also know that pre-teens and teens are becoming addicted to their mobiles. Given that well-funded and market-savvy mobile app developers create new ways to target kids during school hours, we can predict that there will be a learning gap between kids who can manage their mobile distractions and those who cannot.

The old Digital Divide existed between people who had online access and those who had not. The underlying assumption was that the former were better off because they had access to all the information information needed to learn effectively.

I believe the assumption is no longer valid. Having access to the internet all the time is becoming detrimental to learning. Arguably, it's worse than television because kids get bombarded with distractions and advertisement all the time, rather than during the leisure hours.

The new Digital Divide is going to emerge between those who can manage their online time and those who cannot. Online learning may even broaden this divide because it will provide the motivated with greater opportunities to excel. Most likely, we already seeing signs of things to come through the low completion rates in virtual universities — 3-5%: few get huge benefits, while the majority does not. Paradoxically, online learning has become a natural selection environment for the next generation of schoolchildren addicted to their ubiquitous social interactions.