Invention of the Day: Teleprompter

The teleprompter made live TV programs possible because it allowed news anchors and performers to deliver long speeches without spending days and weeks memorizing them. 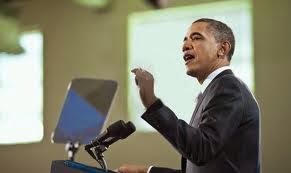 According to a Smithsonian article:


“For those that had been either in theater or the movies, the transition to television was difficult, because there was a much greater need for memorizing lines,” says Christopher Sterling, a media historian at George Washington University. “At the time, there was a lot more live television, which many people today tend to forget.” Instead of memorizing the same batch of lines over the course of months, Barton was now expected to memorize new lines on a weekly or even daily basis. Cue cards were sometimes used, but relying on unsteady stagehands to flip between them could sometimes cause catastrophic delays.


Here, we can see how a new media technology — "the TV world" — lead to a 10X increase in demand for live content. During radio broadcasts, announcers could read long texts from a written or typed page. By contrast, live television required direct eye contact with the audience. In short, a successful TV program required the best of both worlds: lots of fresh content to compete with the radio, and direct contact with the audience like in the traditional theater. The invention of the teleprompter solved this problem.

As usually the case with major innovation, teleprompter was rejected by the convention professional thinking:


Although Schlafly, Barton and Kahn pitched the device to 20th Century Fox, the company was not interested. They promptly quit the company and started their own, founding the TelePrompTer Corporation.


A major refinement of the original invention came from Jess Oppenheimer, who invented an in-camera teleprompter. 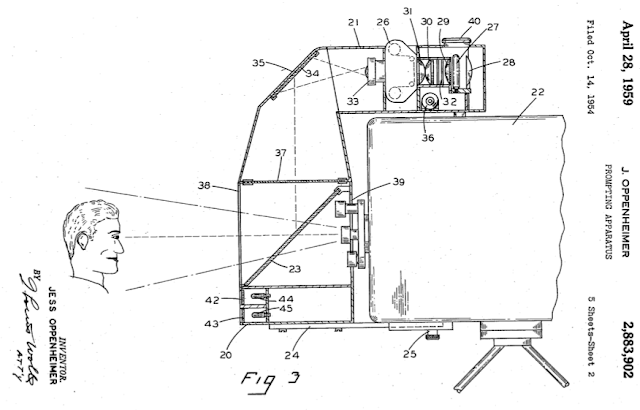 Since then, the teleprompter's been a fixture in television, movies and political speeches. It'll be with us until, probably, somebody invents a brain-machine interface suitable for imitating direct human speech.