Invention of the Day: Thinking Inside the Box

When we participate in invention workshops and other creative activities, as I often do, we hear the moderator urge us to think "outside the box." Most often, though, nobody knows where the box is. As a result, we often get from one box into another, which is even worse than the first one.

Despite common "creative" wisdom, thinking inside the box can be extremely productive. One of the great inventions in economics of the 19th century was the Edgeworth Box, named after Francis Ysidro Edgeworth (1845 – 1926). While trying to figure out an efficient allocation of limited resources between two people, Edgeworth decided to represent their positions graphically inside a two-dimensional box. 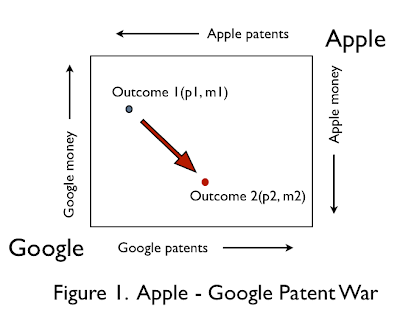 For example, in a simplified model the patent war between Apple and Google can be described as a fight for a position inside the box (Figure 1). At the given moment, the number of patents is fixed, the amount of money at stake is also fixed. Outcome 1 (p1, m1) shows the initial position where Apple has more patents, but less money. Since the number of patents and money is fixed, Google is positioned in exactly the same spot, at the Outcome 1 dot. From Apple's perspective, the purpose of the war is to move the situation from O1 to Outcome 2 (p1, m1), where some of Google's money goes to Apple in exchange for patents. As a result, Apple will have more money, and fewer patents.

The Edgeworth box is extremely useful for analyzing allocations of fixed resources. It is essential to modern finance and economics when it comes to understanding and explaining equilibrium states. (See for example, Financial Theory course from Yale. Econ 251). 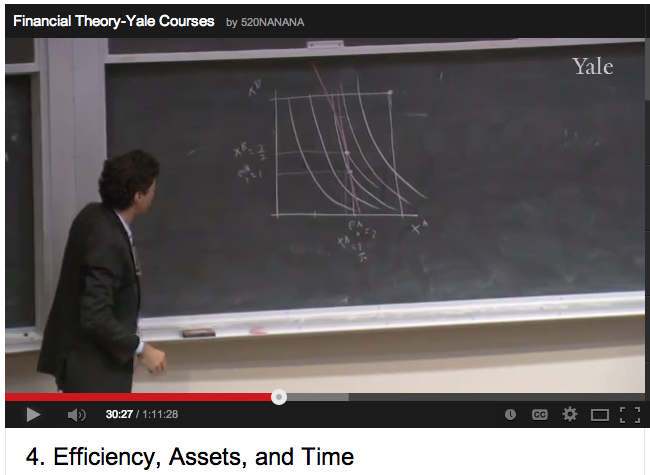 For an inventor, it is critical to know where the box is before starting to think "outside the box." Our goal would to discover a dimension where the trade-off inside Edgeworth Box becomes irrelevant.