Invention of the Day: Electrocardiography (EKG)

Today we take medical sensors for granted. Most recently Digital Health, a combination of sensing and wireless networking technologies, has become one of the fastest growing areas for innovation. For example, electronic hand bands from FitBit can track your sleep patterns, continuously collect your physical activity levels, calculate calories burned during exercises, and transmit the data to your smartphone, which relays the information further to the cloud. Ultimately, Digital Health should help us improve our lifestyles, prevent cardiovascular diseases, and reduce healthcare costs.

A large portion of the modern sensing technology is based on detecting weak electric signals from the heart and other organs. Medical researchers became aware of the hearts electric activity during the second half of the 19th century. Nevertheless, it was hard for them to come up with a practical application for their knowledge.


As late as 1911, Augustus Waller, who was the pioneer of electrocardiography, said, “I do not imagine that electrocardiography is likely to find any very extensive use in the hospital. It can at most be of rare and occasional use to afford a record of some rare anomaly of cardiac action.”

While Waller struggled with his imagination, a Dutch physiologist Willem Einthoven developed the first practical EKG device that was based on his newly invented string galvanometer. 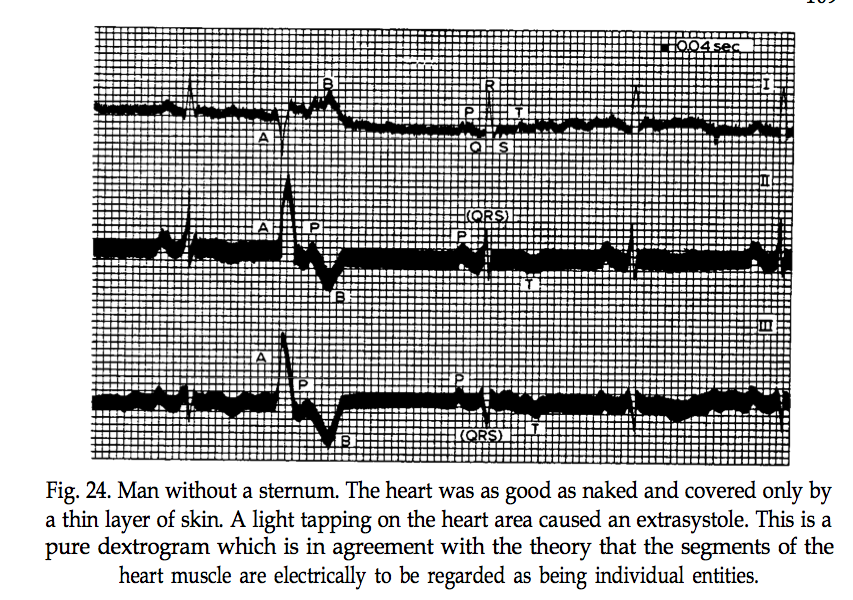 In 1906, unknown to Waller, Einthoven demonstrated clinical usefulness of the electrocardiograph (EKG). In 1924 he was awarded a Nobel Prize in Medicine for his invention.

Over the last 100 years EKG has become one of the most common techniques for heart monitoring and diagnostics. Since then, many generations of inventors improved upon the original idea, with micro-electronics, networking, and cloud computing being the latest additions to Einthhoven's breakthrough. Most likely, innovation in this area will continue well into the 21st century.