Facebook is taking over Google in sourcing the flow of news


...it’s clear that search has hit a kind of plateau and isn’t really growing any more as a referral source for media. Meanwhile, Facebook’s influence has “shown it’s on a continued growth trajectory." 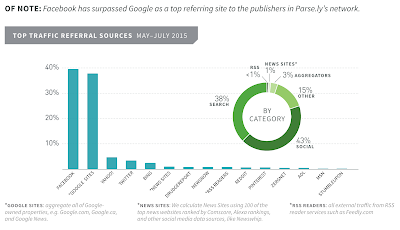 The competition for advertisers' money between Facebook and Google is heating up. We should expect that Facebook will make further inroads into information segments other than news. Although it's too early to pronounce Search dead, its dominance on the web no longer translates directly into the mobile space, especially, when users spend more and more time on social. (Based on system analysis, we anticipated this trend in Scalable Innovation, Chapters 20-22).

It is also somewhat surprising that Twitter is such a non-factor in the race. Despite the "freshness" of their links, they don't have enough users to play the game. Furthermore, unlike the Facebook's, Twitter connections don't have the strength of social relations. 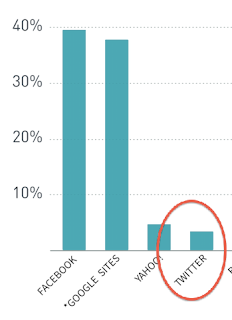