Profits and Patents at Tesla Motors

According to news reports (Reuters via VentureBeat):


The Silicon Valley automaker [Tesla Motors] is losing more than $4,000 on every Model S electric sedan it sells, using its reckoning of operating losses, and it burned $359 million in cash last quarter in a bull market for luxury vehicles. The company on Wednesday cut its production targets for this year and next. 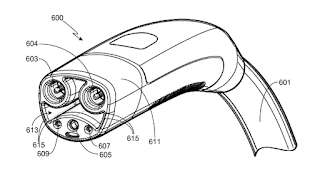 Model S is widely considered to be the best electric car on the market. Moreover, Tesla Motors produces the car on one of the most efficient car factories in the world. And they still can't make money on it. This sends a strong signal to the competition that the electric vehicle market is not worth entering yet. Since competition doesn't attack Tesla's market position, the company's electric car patent portfolio is worse than worthless, its real value is negative. That is, the patents are not needed to protect profits against the competition and the portfolio requires significant maintenance resources. No wonder, Elon Musk decided last year not to assert Tesla Motor's EV patents.

Compare this situation to Steve Jobs' introduction of the iPod and, especially, the iPhone few years ago. Both products became extremely successful and, more importantly, _profitable_ in the market. As the result, competition immediately started copying Apple's design and technology solutions. To defend its margins, Apple used its patent portfolio to fend off the copycats. Unlike the Tesla's, Apple's patent portfolio had huge value for the company and Steve Jobs was not going to give it away.

My earlier hypothesis that Musk's big promise last year not “initiate patent lawsuits against anyone who, in good faith, wants to use our technology” was of no real consequence, except for some publicity value for the company.