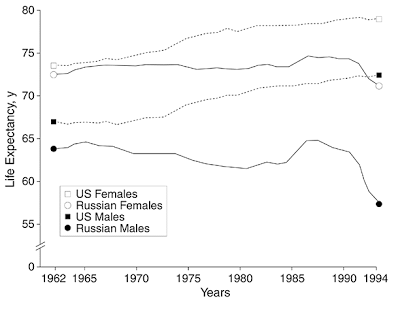 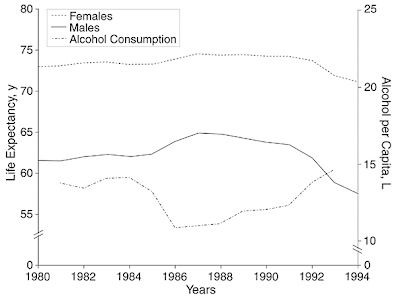 By looking at the data, we can see that the best time to live in the USSR was in 1986-87, when Gorbachev came to power and tried to sober up the nation. It didn't jive with the culture and people hated his social innovations, which triggered the eventual collapse of the system.
Remarkably, the previous peak in male life expectancy was in 1965-66, right at the end of Khruschev's period of political reforms.

That was the best time to die in USSR. I think that curve is estimate based on age of people that have died in that period.

According to this curve it seems that curve the best period to be born in USSR was ~1920-1925 - when Stalin came to power.