Death by partnership with Google

In 2006, Facebook (FB) decided to partner with Microsoft (MS), rather than Google, to serve ads to its US-based users. One year later, FB and MS extended this partnership worldwide. This choice may have helped FB to become dominant in the social media market. Despite multiple attempts by Google to friend its way into Facebook's business, e.g. through social search services, Zuckerberg treated them as rivals, not partners. And for a good reason.

Two other major companies that chose to partner with Google — Yahoo and Apple — ended up loosing their market share when their partner turned into a dominant competitor. In 2000, Yahoo hired Google to provide search results for its web portal. After a couple of years, most search requests ended up on Google's site, not Yahoo's. According to comScore, Google now has 2/3 of the search market in the US.

In 2006, Steve Jobs partnered with Google to provide email, map, and youtube video services to launch the iPhone. Several years later he found himself staring in disbelief at the growing market share of Google's Android smartphones, which now account for a staggering 81% of the total.

With Yahoo's help, Google got themselves a ticket into the web-world, including maps and email; taking ideas from Apple propelled the company into dominance in the world of mobile media services. In both cases, Google outsmarted their business partners. Just like that was the case with Microsoft partnerships in the 1980-90s, Google's highly intelligent technologists took advantage of their close proximity to huge new markets discovered by others.

Since its early days, Google has been eager to acquire ideas and startups. The original adoption of the search-relevant ad model has brought them the bulk of today's revenues. Acquisitions of startups that developed interent-based maps, docs, videos (Youtube), social navigation (Wase) etc., provide for the bulk of the company's most popular services. Due to its dominance in search, Google is in a great position to detect early user trends and buy growth before most people recognize it. Having learned from their own industry experience, Googlers would rather acquire a potential "disruptor," than give it an opportunity to become a powerful competitor. Nobody can pull off a google-style partnership on Google itself!

It's all fair (Steve Jobs famously disagreed calling Google Android "a highway robbery") and we should probably "like" the company for being a relentless innovator. What bothers me is Google's increasing emphasis on lobbying its case in Washington. This year, Google was ranked #8 lobbyist in the US, a position that no Silicon Valley company has ever tried to attain before. The Steve Jobs' generation of innovators grew out of California counterculture. They considered it to be wrong to rely on the government to advance your business case. Obviously, the times have changed. As Bloomberg reports,


Google passed two Washington power tests when it escaped an FCC probe in 2012 of improper data collection with a $25,000 fine, and the FTC dropped an antitrust probe in January. Now lobbyists for the company are working on protecting its reputation amid revelations about U.S. spying.

When the next Google antitrust probe comes up for consideration who is going to resist the high-power lobbyists? As the ancient question goes, "Who is watching the watchman?" 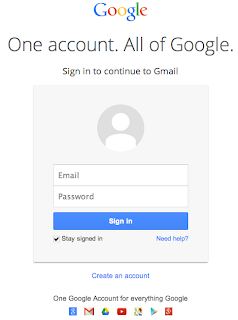 P.S. The lack of checks on Google should work well for their stock price.