Invention of the Day: Relevant Advertisement.

Today, Google makes billions of dollars a year, by serving ads relevant to user searches. Bill Gross, of IdeaLab, is generally credited with inventing the business model. We use this example in class (Principles of Invention. BUS 74) and Scalable Innovation to illustrate a couple of points:

1. The difference between Invention and Innovation (for more detail see Scalable Innovation, Prologue. Soft Barrier 2: Invention vs Innovation. page xxxi).
2. Breaking, rather than accepting a broadly accepted trade-off, often leads to a major innovation breakthrough. That is, in 2000 when Yahoo dominated the web and used Google search engine to serve user requests, it made money by serving annoying banner ads. In short, Yahoo was locked in a trade-off between making more money and making user experience unbearable (very similar to today's Facebook situation). Google took Bill Gross' original idea and broke the trade-off, by making ads useful (see Scalable Innovation, 2013. Prologue, Internet Advertisement. page xxxvii). As the result, the constraint on revenue and user experience disappeared, making Google the dominant force on the Internet. 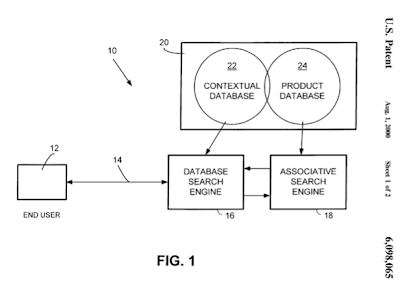 New developments in the world of patent litigation show that the concept of relevant ads was invented not by Bill Gross, but by Richard Skillen and Fred Livermore, of Nortel. US Patent 6,098,065 describes a search system that "correlates the received search argument to a particular advertisement." Derived US patents claim multiple aspects of their original idea. 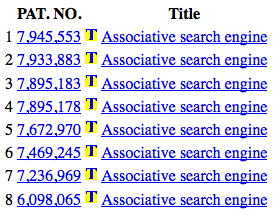 In 2011, Apple, Microsoft, and others bought thousands of patents from bankrupted Nortel for $4.5B. Now, they are suing Google, Samsung, and the rest of the Android universe for patent infringement. The Skillen and Livermore patents are an element of the lawsuit. Of course, the suit will not stop Google from dominating search on the web and mobile. Rather, it is likely to result in a monetary settlement or damages awarded by the courts. The best part of it is that we now know the original inventors of a new powerful business mode. And they are Canadians!

Why Toronto, Canada is not Silicon Valley is another story.