Social Media vs TV: kill or be killed

Advertisement dominates business models deployed by social media companies, including Facebook, Google, Twitter, Yelp, and a host of others. Although we think of them as technology growth companies, historically advertising revenues have been flat relative to the GDP *. 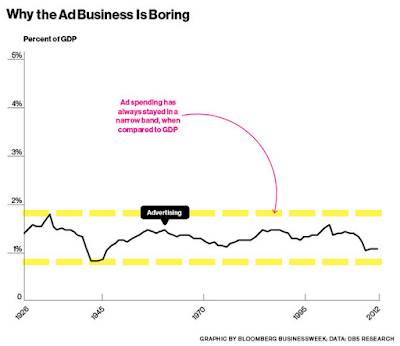 Web-based ads — most famously Google AdWords — grew rapidly not because they somehow generated new economic growth in the country, but because they helped TV kill newspapers, Craigslist.com being the early hero. 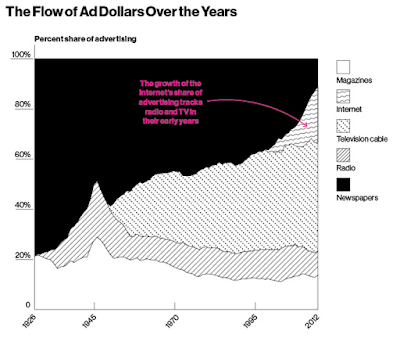 Now that newspapers are effectively dead, the only way for the ad-supported internet business to grow is to kill TV-based ads. While the TV industry fights it off with YouTube, Facebook, and Twitter, we should expect more video ads on our mobile screens. In the meantime, the likes of HBO and Netflix have to put a strong bet on content quality. Such a bet would be independent of the distribution media and would have a good chance for translating video streams and downloads into real growth.