Drew Houston is CEO and co-founder of Dropbox, and has led Dropbox's growth from a simple idea to a service relied upon by millions around the world. Drew leads all of Dropbox's activities, and is actively involved in its business and product decisions. 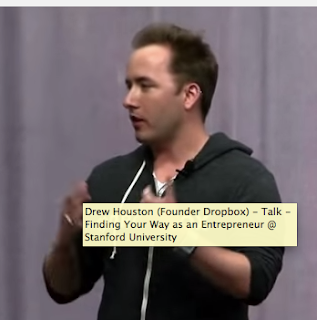 Before founding Dropbox, Drew attended MIT's Course 6 (Computer Science). He took a quick leave from school to form Accolade, an online SAT prep startup, and also worked as a software engineer for Bit9.

After graduating from MIT, Drew recognized that people needed a way to bring their files with them without sending email attachments or carrying USB drives. He began writing a solution to this problem in early 2007 before demo-ing an early version to Arash Ferdowsi in Boston. The two of them then began working on the project that would eventually become Dropbox.