Silicon Valley seems to defy one of the fundamental laws of economics: The Law of Diminishing Marginal Utility. The law, according to an investopedia article (need to find a textbook reference), says:

A law of economics stating that as a person increases consumption of a product - while keeping consumption of other products constant - there is a decline in the marginal utility that person derives from consuming each additional unit of that product. 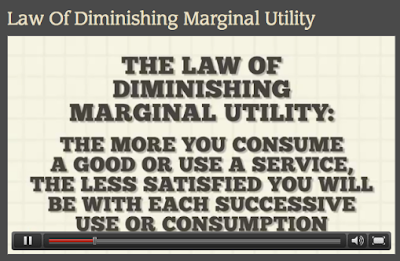 They illustrate the law with a short video about a hungry girl with a pizza. The first slice of pizza tastes better than anything before. 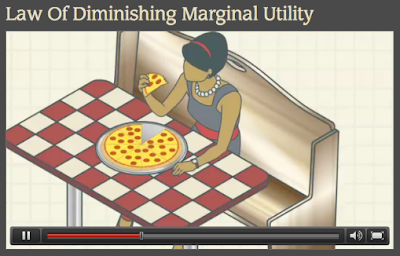 The second slice of pizza still tastes good, but by the fifth piece, the girl is already full and she hates the fact that she has to eat the entire thing. 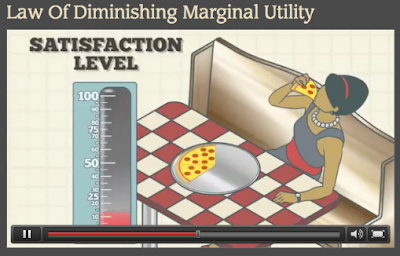 Let's try to apply this law to a major Silicon Valley innovation: web-based email. We skip the Hotmail vs Rocketmail controversy and go directly to the Yahoo vs Google email rivalry. In the early 2000s, Yahoo mail was an undisputed leader in this web services domain. The company was giving users 10 or 20 MB storage for free and charged for extra. Then came Google and offered at least 1GB of free storage with its brand new gMail. According to the law of diminishing marginal utility, this move would be "unlawful." That is, why offer people a lot more if we know from economics that usefulness declines with quantity of goods consumed?

Paradoxically, the more storage gmail offered, the more useful its service proved to be to the users, myself included. Millions flocked to gmail, abandoning their yahoo mailboxes.

In general, exponential growth in processing power, storage, and bandwidth (what I call "Machine 1") that Silicon Companies have been driving for the last 50 years makes users happier, defying the economics textbook wisdom taken at face value.