Invention of the Day: Dishwasher.

On December 28, 1886, Josephine Garis Cochran patented a Dish Washing Machine (US Patent 355,139). She wrote in her patent specification,


My invention relates to an improvement in machines for washing dishes, in which a continuous stream of either soap-suds or clear hot water is supplied to a crate holding the racks or cages containing the dishes while the crate is rotated so as to bring the greater portion thereof under the action of the water.

In Cochran's design water is sprayed on rotating dishes. In 1924, William H. Livens of London, UK patented the modern dishwasher where a rotating sprayer delivers water to stationary dishes. 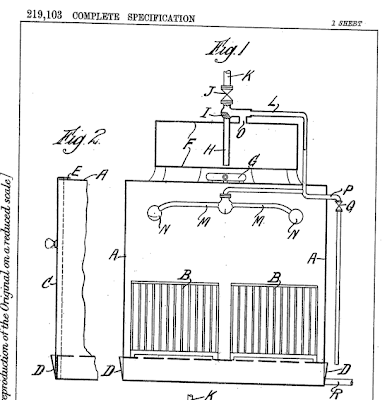 As a standard household appliance, the dishwasher became commercially successful in the 1950s.