Google announced that they are buying Nest GSV, the smart thermostat company, for $3.2B. The acquisition extends Google's push into the Internet of Things (IoT), including robotics, automatic cars, etc. Gartner's 2013 Hype Cycle report puts IoT firmly at the top of the hype chart. 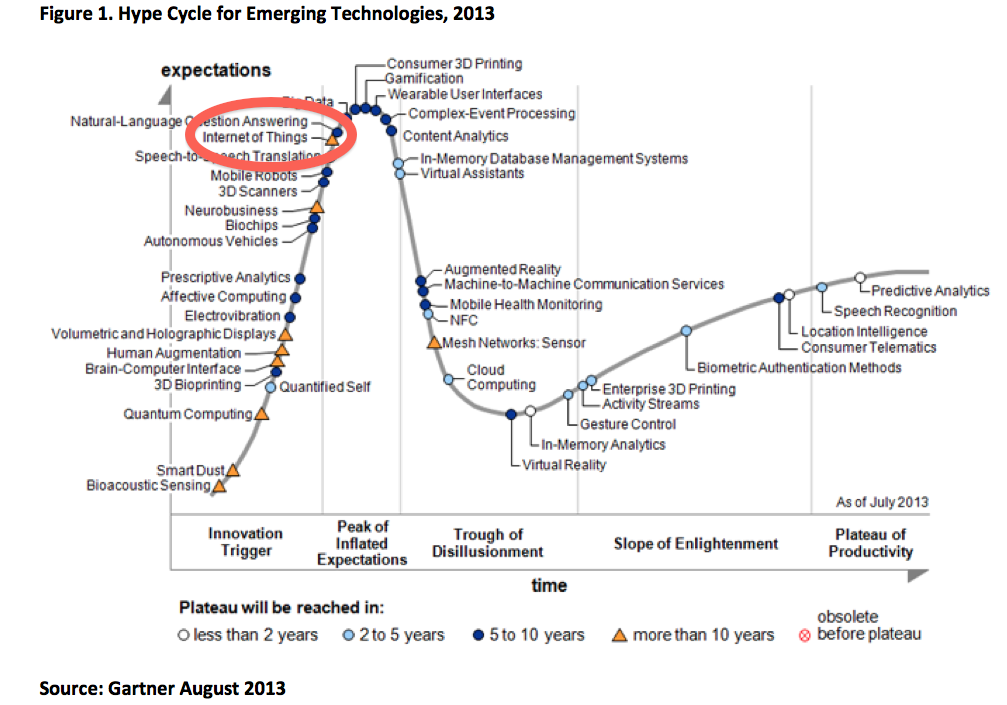 Recently, Cisco added to the hype with an estimate for the IoT market of $19T by 2020. Since Google missed badly on Social Networking, the company is eager not to miss on the next big thing. With the web going away (Scalable Innovation, Chapter 20), Google needs new massive sources of data streams to process; otherwise, all their data-crunching technology could become worthless. The Internet of Things seems to fit the requirements. Although the valuations are of hype-size proportions, today's web advertisement (search) produces enough cash to finance the future S-curve.