Disruption: everything everywhere all the time.

Disruption has become a meaningless buzzword applied to any new technology to make it sound more solid than the good old "cool."


(November 13, 2011. NYT. Disruptions: The 3-D Printing Free-for-All.) - A recent research paper published by the Institute for the Future in Palo Alto, Calif., titled “The Future of Open Fabrication,” says 3-D printing will be “manufacturing’s Big Bang.” as jobs in manufacturing, many overseas, and jobs shipping products around the globe are replaced by companies setting up 3-D fabrication labs in stores to print objects rather than ship them.

Let's do a quick reality check. What is the problem the technology is going to solve? Assuming the technology works, is there a large-scale need for making more physical things?

I don't think so. The overwhelming trend is toward creating and consuming virtual rather than physical stuff. Electronic books are killing paper books. Electronic toys are killing physical toys. For example, here's what today's kids want for Christmas:

One generation from now, when the presumed 3D revolution is supposed to take over the world, these kids will be into manipulating 3D virtual objects, rather than printing and throwing them out after they turn out ugly.

Further, there's a lot of research that show people prefer experiences to objects in( see for example, Carter & Gilovich, 2010. The Relative Relativity of Material and Experiential Purchases. DOI: 10.1037/a0017145)


Unlike material possessions, which are typically made to fill a specific, concrete purpose, experiences are often purchased for a variety of different reasons, both abstract and concrete. 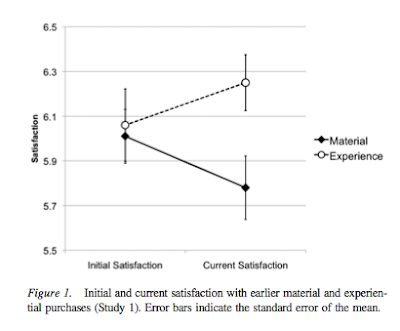 Transportation cost savings will also be negligent because you'll have to transport raw materials for making the stuff in your home/garage/office. Most likely, 3D printers are going to make a difference in rapid prototyping of new devices or making lawn furniture on demand. Is it going to be a disruption? Maybe for the current prototyping methodologies, but far from a revolution in consumer goods.