The problem with problem definitions.

I regard as no less pertinent a warning against apparent proper names having no reference. ... This lends itself to demagogic abuse as easily as ambiguity -- perhaps more easily. 'The will of the people' can serve as an example; for it is easy to establish that there is at any rate no generally accepted reference for this expression.

Problem definitions frame our approach to problem solving. Bad problem definitions can make search for a good solution very difficult or even impossible. I often find that people don't understand that putting a label on a bad situation is not enough for problem definition. The confusion between label and definition is rampant in everyday thinking.  For example, when Gallup formulates questions they go for simplicity rather than clarity.

We might argue whether or not Unemployment/Jobs is a problem (it is not because unemployment is an abstraction that aggregates millions of individual cases that most likely require different solutions), but "Economy in general" is definitely not a problem that can be solved. How do you solve Economy? Would it be the same way we solved the "Osama bin Laden" problem - by killing it?


The way the problems are formulated in the survey implies existence of simple solutions that somebody else, e.g. the President, the Congress, the Fed, has to find in a pile of other ready-made solutions. The pervasive misunderstanding of what problem is breeds the "turkey syndrome" described by Nassim Taleb, the author of The Black Swan:


A turkey is fed for 1,000 days - every day lulling it more and more into the feeling that the human feeders are acting in its best interest. Except that on the 1,001st day, the butcher shows up and there is a surprise. The surprise is for the turkey, not the butcher.
Up until early 2008 everybody felt great about "Economy in general." Today, people  feel that education is not a problem, just to be surprised that their skills are not good enough when the time comes to find or create jobs. 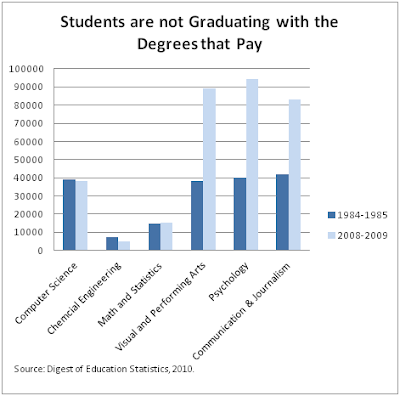