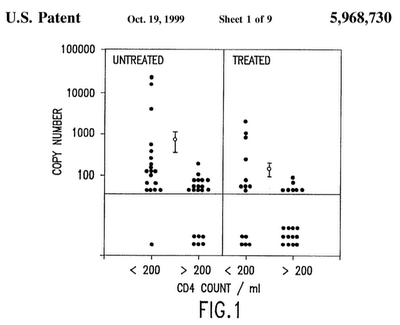 Claim One of the patent can serve as a template for any Detection/Control invention:


Translating from Patentese into English (the order of steps is changed to facilitate understanding):

Step 1: take a sample from the object you want to know about.
Step 3: detect the "aboutness" indicator.
Step 2: because the indicator is weak, amplify it to make testing easier.
Step 4: based on the indicator, make conclusions about the object.