Invention of the Day: Permanent Loan.

From A History of Money: From Ancient Times to the Present Day, by Glyn Davies:


The Bank of England came into being by the Ways and Means Act of June 1694 and was confirmed by a Royal Charter of Incorporation (27 July 1694). The Act makes it clear that its real purpose was to raise money for the War of the League of Augsburg by taxation and by the novel device of a permanent loan, the bank being very much a secondary matter.

The £1,500,000 was to come from two unequal sources; £300,000 from annuities, and the major sum of £1,200,000 from the total original capital subscriptions to the ‘Governor and Company of the Bank of England’. In return the Bank was to be paid 8 per cent interest plus an annual management fee of £4,000. Thus for just £100,000 a year, and some vague privileges to a bank, and with no capital repayment burden to worry about, the government received £1,200,000 almost immediately.

This was an astonishing success given the abject failure of a number of rival banking-type institutions, but not so surprising given the speculative boom in other kinds of companies being formed around the same time. From the government’s point of view it was an object lesson of the advantages of borrowing as compared with taxation to meet sudden emergencies.

Over time, what was invented as an emergency measure had become a norm. Governments borrow, assuming that the loans are permanent and get surprised (remember Greece?) when lenders ask for their money back. Oops. Nobody thought of this scenario.
Moreover, since the old emergency measure is no longer available, the only other option remaining is creating new money from scratch. 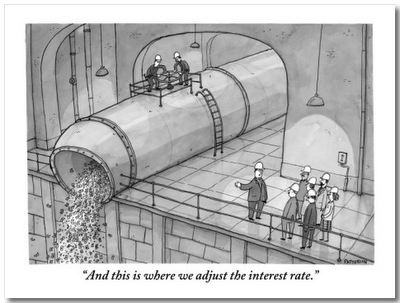